This morning the Canadian Radio-television and Telecommunications Commission (CRTC) issued a notice stating that Rogers Media Inc had entered into an undertaking with them regarding alleged violations of Canada’s Anti-Spam Legislation (CASL). The CRTC’s notice discusses issues with Unsubscribes not working or not being honoured, and also not being available for the require time from under the legislation.

The CRTC’s publication notes the following:

An investigation launched by the CRTC’s Chief Compliance and Enforcement Officer alleged that Rogers Media failed to comply with various requirements of the law between July 2014 and July 2015. During this period, the company allegedly sent commercial emails containing an unsubscribe mechanism that did not function properly or which could not be readily performed by the recipient.

In addition, in some instances, the electronic address used to unsubscribe was allegedly not valid for the required minimum of 60 days following the sent message. Rogers Media also allegedly failed to honour, within 10 business days, requests from some recipients to unsubscribe from receiving future commercial emails.

From the quote it would appear that there were messages sent in violation of section 6 (subsection 11) of the law, which outlines how unsubscribes should be setup and the requirement for functional access for 60 days after a message is sent.

The Key take away from this notice seem to be that the Unsubscribe enforcement areas of CASL are being monitored and tested by the CRTC to ensure that they are easily and readily performed. This is the second major undertaking resulting from problems with links in your emails related to unsubscribe. It would be advisable to invests some time in reviewing your existing unsubscribe processes and validating that they are properly functioning and your systems are suppressing users properly from future emails.

Full text of the CRTC’s news release is available here.

UPDATE: A previous version of this post stated that Rogers Media had received a Notice of Violation, but instead had entered into an undertaking with the CRTC.

C-28 To Get Second Reading 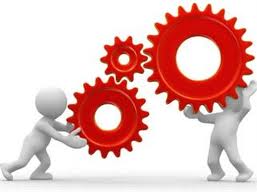